The arrival of Ourmegadawn has been a long time coming. Despite frequent appearances in Riverwest and the general Milwaukee area, Ourmegadawn is the first proper album since Animals In Human Attire’s 2011 self-titled outing.

Members of the band spread their talents amongst various local acts (including Temple, Myles Coyne & the Rusty Nickel Band, The Zelda Routine, and others), but this specific arrangement of BREADKING frequenters drives a particular sound with vocals by Jack Tell steering the ensemble.

Beyond all else, Ourmegadawn is fun. It’s eight tracks of head-bobbing, folk-informed indie rock, and like all things BREADKING, Animals In Human Attire takes a punk approach to the whole album. 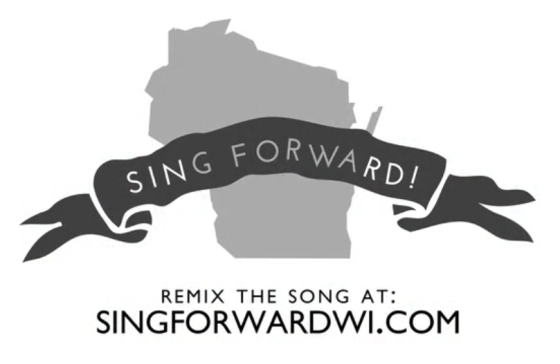 Today is the culmination of a lot of work by a lot of cool people, and I wanted to make sure we shared it with you.  “Sing Forward” is a music video and grassroots promotional campaign designed to make sure YOU know the healthcare options available to you via healthcare.gov.  The song includes our good friends Myles Coyne, Anna Vogelzang, Shawn Pierce, Kyle Pfister and many more.

As I mentioned in my post over on the Murfie blog, it can be difficult for entrepreneurs, musicians and other creative professionals to know what coverage is available to them.  According to a recent national survey of artists conducted by the Future of Music Coalition, 43% of musicians lack health coverage – more than twice the average rate.  The more personal income derived from art, the less likely the artist is to be insured.

Pursuing creative, risky or bold endeavors should not mean having to risk your health.  Sing Forward aims to guide artists toward protection.  In addition to the music video, which can be viewed at SingForwardWI.com, Ninjas for Health are promoting an awesome remix contest.

Mine All Mine is proud to sponsor the remix contest, along with MadCity Music Exchange, Urban Community Arts Network, Murfie, High Noon Saloon and other Wisconsin music supporters.  To participate, submit your remix, cover or singalong in audio or video format via the Sing Forward site by February 14th.

Winners will be announced March 1st, and prizes include:

Is Is Is Not Is Not is the duo’s third major composition, and the second to be released in live session format (following the release of 2012’s live Lost City Music Festival set earlier this year). Alternately titled Zanarkand, Is Is Is Not Is Not was recorded live at the Frequency (121 W. Main Street, Madison, WI) on November 17th, 2013. It is now released for free download on John Praw’s birthday. 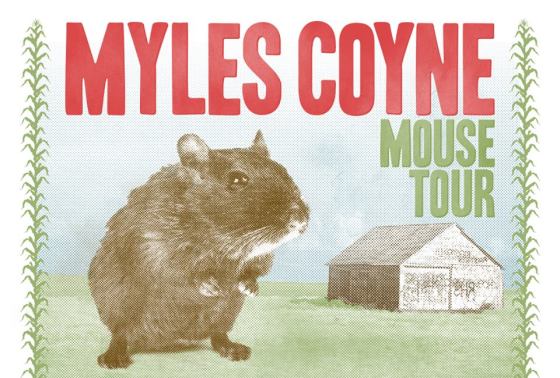 This month, Myles Coyne is on the road with his buddies. Bouncing around the country in their purple van – dubbed the “BREADMOBILE” – Myles is bringing us his Mouse Diaries. Here, we present part three of his unfiltered thoughts as Mr. Mouse travels out east and back. Read on below for the .

END_OF_DOCUMENT_TOKEN_TO_BE_REPLACED

If you’ve been following our blog lately, Mine All Mine has been home to Myles Coyne’s tour journal (see also: The Mouse Diaries Part 1 & Part 2).  After traveling out East and back, Myles & co. are playing their Wisconsin homecoming show tonight at the Frequency in Madison.

Sharing the stage with them will be three local Madison groups: Nude Human (the ambient duo of Pat Reinholz and John Praw), folk soloist Jamie Yanda, and the seven-piece blues/folk rock ensemble Hewn.  Join us at the Frequency as we welcome Myles & co. home!

For samples of each of these acts, check out their pages above, or visit the link below.

Mine All Mine is excited to bring together two of our absolute favorite jazz rock outfits for this exclusive cassette split (+ digital download).

Us, Today (CINCINNATI) and Lovely Socialite Mrs. Thomas W. Phipps (MADISON) both create original tunes that are equally experimental and accessible at the same time, something few acts can successfully pull off. This is no surprise, however, knowing the bands’ considerable combined years of music education. The bottom line is that both groups know what they are doing, and they do it well.

Us, Today (guitar, drums, vibes) start out with Long Since Forgotten, a tune that starts out rather laid back, but grows steadily with determined bursts over its 6-minute duration. What follows is Violent Proclivity, which features subtle, subdued vibes and guitar that really highlight some intense drum work.

Lovely Socialite (bass, trombone, cellos, pipa, vibes, drums, flute) fill their side with the 11+ minute track All Things At Once. Recorded during tracking of the band’s upcoming sophomore album, All Things At Once is a free improvisation that sees the band taking off with out-there rock grooves.

Purchase of this cassette split includes download of two exclusive remixes of the split by Nude Human (Pat Reinholz of Lovely Socialite & John Praw of Pushmi-Pullyu).

I can’t believe it!  This little project I started to play a random show has now been around for half a decade.  Pushmi-Pullyu is now five years old.  It started with me, a midi controller, and a basement full of drunk college kids.  That night, Corey Murphy joined me for a keyboard solo, and he soon became my right-hand man.  After being a duo for quite some time, Myles Coyne joined us for a bit.  Since then, others have come and gone, each imparting some part of their personality.  Together, through all the permutations, Pushmi-Pullyu has played SIXTY shows!  Not bad for never touring.

The last year and a half has been completely taken up with Never Love A Stranger, the first proper full-length release of our material.  There have been other releases, of course – a mostly-solo collection of rough cuts to hold people over while I lived in Norway; a split with Mark Roberts (aka The Enright House, now known as We Are Temporary); a few singles and compilation appearances.  Now, we’re get ready to move forward with the band and our new lineup: Corey Murphy, Luke Annear, Sam Ludwig, Jamie Yanda and me, John Praw Kruse.

According to the National Network for Child Care,

“Five-year-olds are cheerful, energetic, and enthusiastic. They enjoy planning, and spend a great deal of time discussing who will do what. They especially enjoy dramatic play, usually with other children. Five-year-olds are more sensitive to the needs and feelings of others around them. It is less difficult for them to wait for a turn or to share toys and material.”

Going by that description, it’s time for us to share our toys and material.  For the next week, Never Love A Stranger is completely free!  We hope you enjoy it, and we hope you stick around for the next five years.  On a personal note, I want to thank everyone who has ever supported the band by buying merch, coming to a show, or leaving a nice comment.  It means a lot!