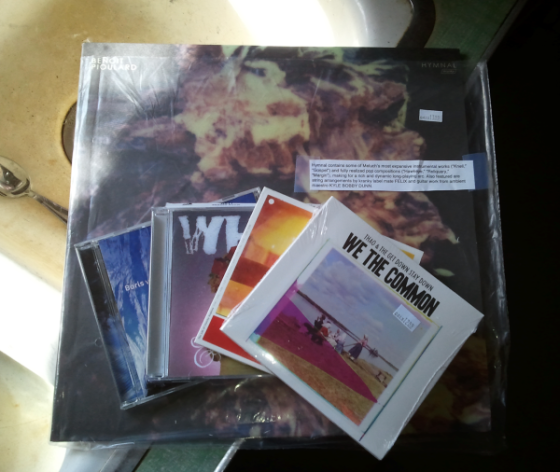 I normally don’t do much blog-type writing here on the Mine All Mine site.  I try to keep it all business and promo, but we’re big fans of Record Store Day over here.  Earlier today, Tom Teslik released his new single at a special busking set outside MadCity Music Exchange, and I personally spent way too much money on music.  I’ve shared my haul below, and I’d love to hear what you walked away with.  Let me know in the comments! 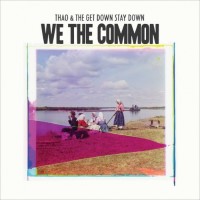 Thao & the Get Down Stay Down – We The Common (2013, CD)
I’ve been a long-time fan of Thao Nguyen, but I can’t say that I’ve ever snagged one of her albums brand new.  That changed the second I heard that Joanna Newsom would be featured on We The Common.  Not to mention the fact that the album art features the work of Sergei Mikhailovich Prokudin-Gorskii, who created some of the earliest color photography.  Some of his work also happens to be the basis of the album art for Pushmi-Pullyu‘s new album, Never Love A Stranger.

Benoît Pioulard – Hymnal (2013, 12″ LP)
Thomus Meluch has made quite a range of sounds with his Benoît Pioulard project.  I first heard him making ambient-based dreamy pop tunes on his Krankey debut, Précis.  He returns to Kranky with Hymnal, and I was lucky enough to snag the last copy at MadCity Music Exchange.  According to a review taped to the LP, “Hymnal contains some of Meluch’s most expansive instrumental works and fully realized pop compositions, making for a rich and dynamic long-playing arc.”

WHY? – Eskimo Snow (2009, CD)
Everyone has that band they support unconditionally.  For me, that band is WHY?.  Even though I’m not a huge fan of Mumps, etc., I’ve gotten so much enjoyment out of other releases.  Eskimo Snow features material cut from one of my favorite albums ever, Alopecia.  While it didn’t get the same response Alopecia did, it’s filled with tunes like “These Hands” and “This Blackest Purse” that get stuck in my head for days.  I already had it on vinyl, but I picked up Eskimo Snow used on CD to add to my Murfie collection.

Boris with Michio Kurihara – Rainbow (2007, CD)
Boris has such a large and varied discography that I honestly can’t remember if I’ve heard this one or not.  I personally love their collaborations with noise-maker Merzbow, so I’m interested to see how this work with psych guitarist Michio Kurihara goes.  Normally, I don’t know if I’d spring $7.99 on a whim (I like to buy stuff I know I’ll like), but Record Store Day changes that, doesn’t it? 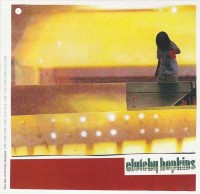 Clutchy Hopkins – The Life of Clutchy Hopkins (2006, CD)
My final catch at MadCity Music Exchange was a complete shot in the dark (even more so than Rainbow).  Again, I point you in the direction of a review taped to the CD: “We love Clutchy Hopkins.  His creepily sparse bass-lite remixes of MF Doom cuts and various instruments of his own accord keep us going when the work overflows and we want to reach out and pat the young man on his back.”  No one really knows who Clutchy Hopkins is, but I’m intrigued enough to see what’s up.

That’s the extent of my haul from MadCity.  On the way out, I grabbed a bag of the special 1 2 X Brew by Just Coffee Coop and headed home.  As always, it was a ton of fun digging through all of the special releases and the “new arrivals” bin in the used section.  Even if I didn’t get there early enough to grab most of the exclusives I wanted.

On the way home, for extra measure, I stopped by St. Vincent de Paul’s Dig & Save Outlet.  The Dig sells clothes and toys by the pound, and CDs/LPs for a mere $0.50 a pop.  I might have gone overboard, but here’s what I snagged there.  Be forewarned: I have no idea what most of these are.