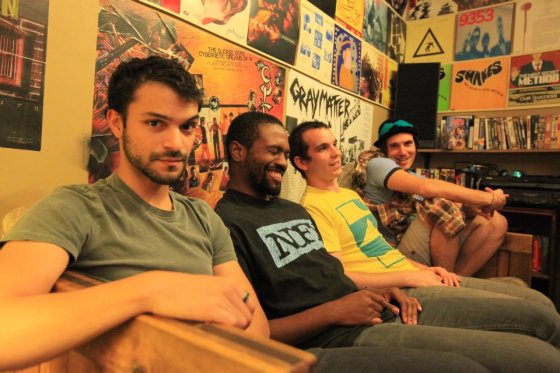 Paperhaus is a psychedelic alt-blues band from Washington, DC. “Lo Hi Lo” (embedded above) was recorded at DC’s legendary Inner Ear Studios with producer Ivan Basuri, and reflects the more pop side of Paperhaus’ psychedelic music. A full length LP of more blues and funk influenced psychedelic music is in the works and will be released in 2014.  [excerpt from band press]

Madison’s own Asumaya creates percussive loop-based tunes that draw equally from international and math rock music.  His time in Africa is always present, never going so far as to become a gimmick.  Asumaya’s Luke Bassuener also lends his rhythmic talents to the band CONTROL.

Last, but not least, is alt/indie-pop act Lion’s Mouth.  This Madison two-piece is made up of Sara W. and Chelsea Z.  While I’ve yet to see them live, you can listen to them via their ReverbNation link above.  The band describes themselves as having “the sensibilities of pop, the relentless energy of punk, and the heart and soul of folk.”