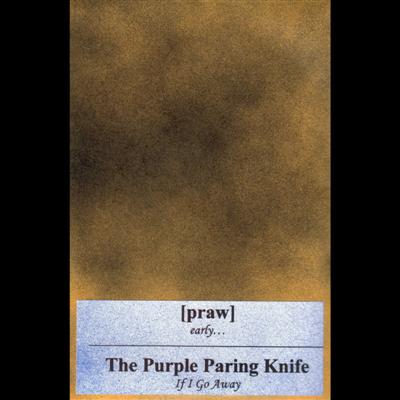 Half of a double release with The Purple Paring Knife. Think of it more as a set of two releases, rather than a split. Contains a collection of early works by [praw]. Released on mini-CDr in 50 copies.

Editor’s Notes:
The Purple Paring Knife half of this double release (two releases in one package with special extras added) was never released online by mam!records, but we’re including the track list below for those interested.  This release was mostly completed before [praw]’s first release (mam001) came out, and it was the first physical release to be labeled with the mine, all mine! records name.

Download Options:
This release is no longer available, and has been retired.  It is also sold out.