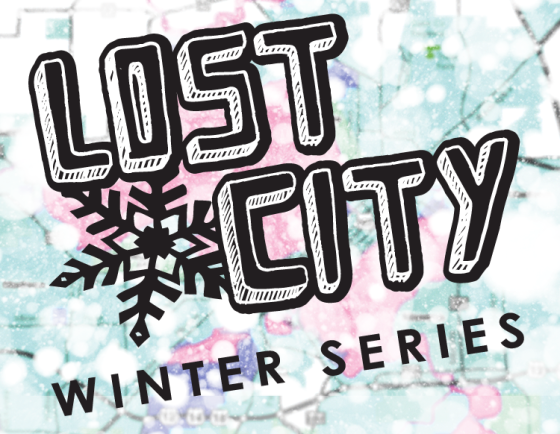 Have another two weeks already come and gone?  Well, I guess that means it’s time for another entry in our Lost City Winter Series!  Tonight is the fourth show in the series, and it appeals to the lighter side of things.  Come on down to the Dragonfly Lounge for four great acoustic-inspired performances.  Read on below to see exactly what you’ll be getting for a measly $5 cover.

The Sweetness of Gone describe themselves as “a trio of queer singer-songwriters based in Madison, WI, whose music explores the subtle complexities found in the human experience.”  Their tunes seem to focus on the core of the piece – simple, but not overly sweet, acoustics with a deliberately straight-forward vocal execution.  They’ve got something to say, and they say it.  My personal favorite tune is “White Cedars,” which I’ve embedded above.  The dulcimer/guitar combo works perfectly with the vocals.  Hopefully they’ll play it tonight!

I’ve mentioned SNOUTS a few times in the past, and it’s great to have them back at the Dragonfly Lounge.  SNOUTS is the project of Martin Potter and Sarah Nelson.  Since there’s nothing online to show you, I usually end up saying “It’s easy-going folk music. For the most part.”  Those are Martin’s words, not mine, but the description fits.  Martin has a habit of taking ideas and making them awesome in the most honest and humble way possible.  With Sarah as his counterpart, it’s a strong duo that never fails to please their dedicated friends and random concert goers alike.  While you wait to hear SNOUTS tonight, you can listen to the track above, which is taken from a previous project Martin helped head, Dirty Jive (R.I.P.).

Sleep Lesbos (aka Karsten Osterby of Sister Crystals & William Z. Villain) is making the trip back to Madison after a recent move to Chicago, and we’re glad that he is.  While his recorded material is often focused on verbed-out electronics and a focus on beats, his live performance tends to vary.  Word is that he’ll be playing acoustic tonight.  That’s welcome news, because the electronics are great at hiding Karsten’s skill on the guitar.  If it’s like past sets, you can expect something strictly awesome tonight.

Boob Dylan started as a talent show band and just kept rolling.  After parading around under names like Tammy Baldwin Tambourine, Al-Pal and the Gals, and The Beanie Babes (my favorite), they’ve settled back into a the spirit of “boob-folk.”  The name Boob Dylan calls for a smirk the first time you hear it, and their music does the same.  Expect catchy tunes like the one above.  Don’t miss it!